This holiday was absolutely, 100%, one of my favourite city breaks ever! I was looking through my notebook from our trip to Barcelona in Easter (I keep a journal-style record of what we get up to whenever we go away – I’m a major geek!), and remembered writing about our cycling dramas quickly in our hotel in central Barcelona, about ten minutes from Las Ramblas when Steve was out getting a brew (he goes under the guise of looking for the perfect cuppa, but I am well aware he can only fully appreciate my awesomeness when he has spent a little time away from me beforehand). We had decided to hire bikes and tackle the fabulous city of Barcelona on two wheels, and I feel the experiences we had are well worth sharing…

Why did we need to bike it?

Steve’s only recently turned 30, but I tease him all the time about being an old man. He’s got a dodgy ankle and so to help with this,he  occasionally sees a physiotherapist, and sporadically does the recommended stretches. Can you detect the low levels of sympathy? Anyway, to save my poor wounded soldier from walking too much and the big bad pain starting in his ankle we opted for bikes to aid our exploration of the city. 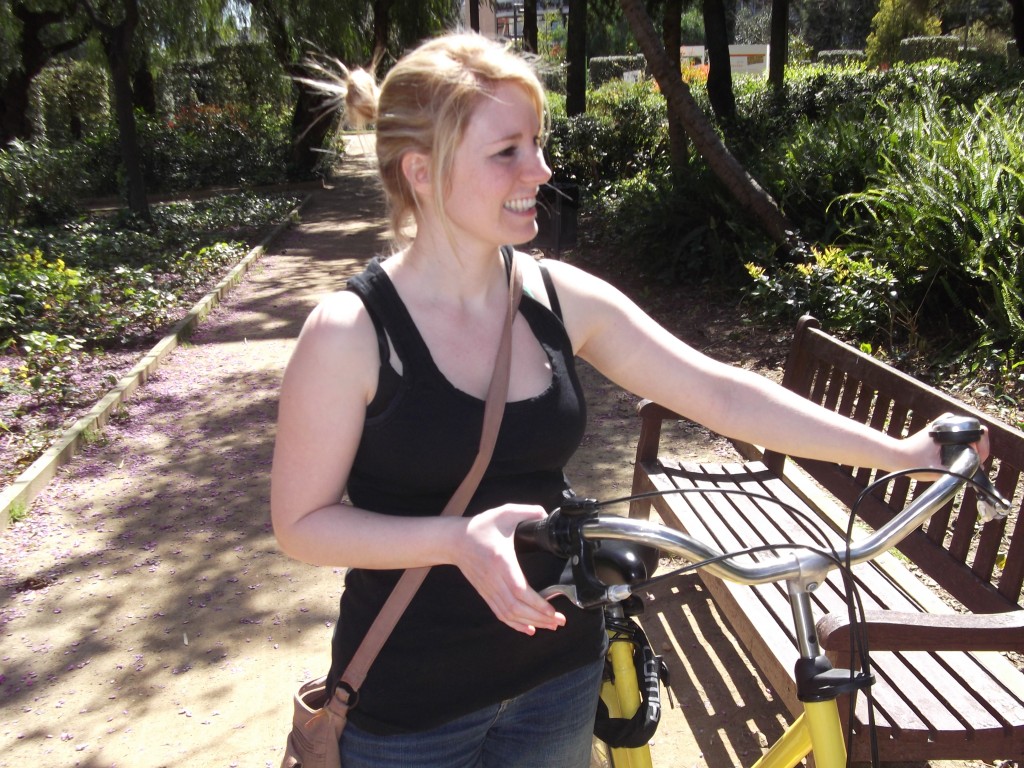 I thought, for the benefit of all you keen travellers out there, I would share my experiences and words of…er…wisdom on what to remember and expect when you’re biking in a foreign city.

1. Remember which side the traffic is travelling on

Sounds easy but believe me, definitely harder than you think! I know I slate Steve for his physical deterioration with age but I have to confess, my ears seem to be failing me fast (unless it’s selective deafness that occurs as a subconscious response to nagging? Maybe I should explore that?), and so, when Steve’s ahead or behind me and there’s major traffic noise, I find it pretty difficult to work out what he’s saying to me, and so it’s easier to just block him out. Bit of a mistake when he’s trying to prevent me from becoming road-kill. 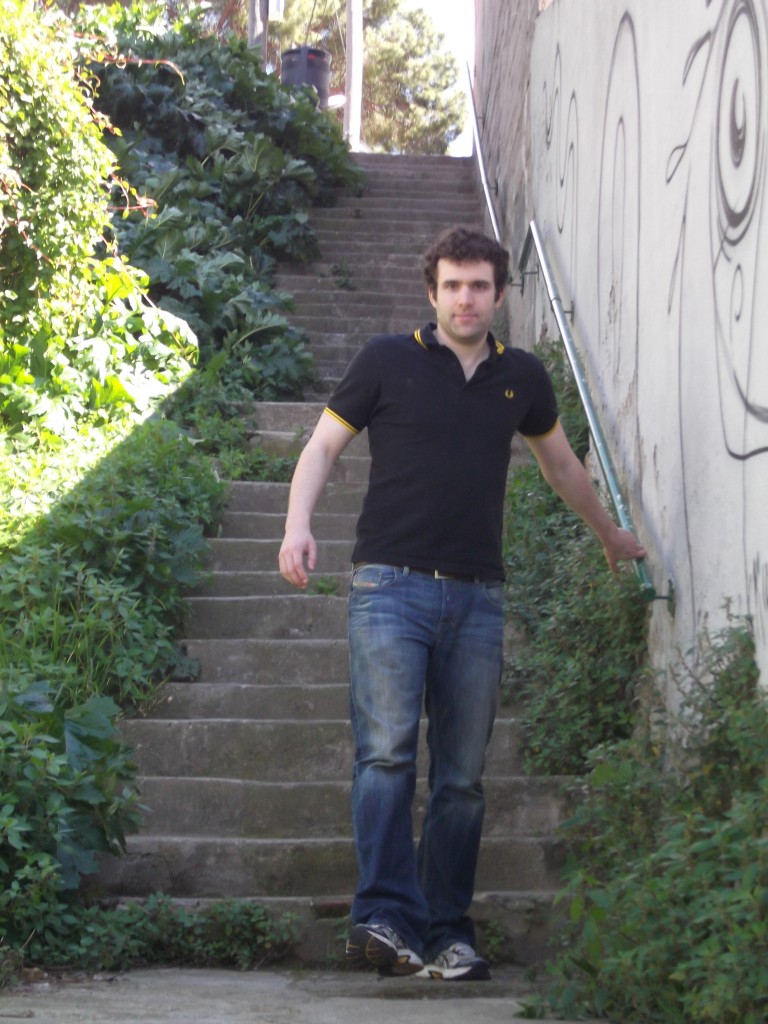 2. Avoid the road: stick to cycle paths or pavements

How come cycling safely on roads on your home turf is easy, but it’s all too simple to forget the rules of the road when there’s a bit of sun and a few pretty buildings to distract you? Steve and I hit a street that had no cycle path and so were forced to brave the traffic on a quite busy main road. We patiently waited at the traffic lights ahead of a huge queue of traffic and, of course, the biggest bus I swear I’ve ever seen in my life. The lights changed and we sped off ahead of the traffic, desperately searching for the nearest cycle path and, in effect, salvation. I admit, I was ahead of Steven, I panicked, and I pulled into the bus lane. This might not have been the brightest of ideas but the situation certainly isn’t helped when my husband, who sees sarcasm as a way of life rather than a linguistic tool, says, “That’s a good idea, stay in the bus lane”. How the hell am I supposed to know whether he means that literally or sarcastically?!

I’m not taking responsibility for this brainwave; Steve’s the sole genius behind that one. When you get towards Park Guell you’re met by uphill cycles that seem endless. However, on the up side, there are escalators dotted around the area to tackle this. These are for people, not for bikes. My only fault here is that I was the idiot who agreed, against my better judgement, to try it first. I don’t think we need to go into details on this one; lock the bikes up at the bottom and head up the escalator on foot, my friend. 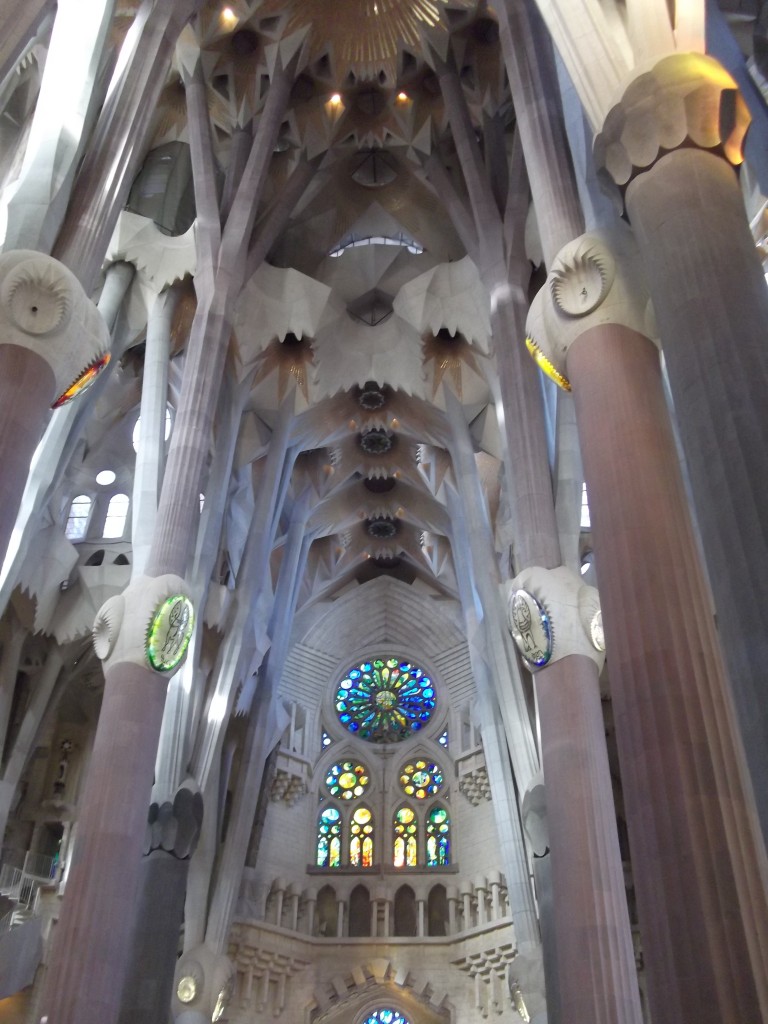 After checking out La Sagrada Familia Steve and I were running a little behind schedule and had to make it back in time for the dinner and Flamenco show we had booked, and so were feeling the pressure to speed things up a little. Somehow on our cycle home we encountered a local, the Spanish Bradley Wiggins none the less, and decided to stalk him as far as we could in the direction of our hotel. It’s amazing how much more confident you feel when you’re following someone who knows the roads and traffic!

5. Don’t forget to use your gears

I’ve kind of always thought gears on bikes were just for show. Apparently, this isn’t the case, and so I feel it is my duty to pass on my new-found wisdom, just in case anyone else out there is, like me, a little bike-ignorant. You need a low gear for hills and when you’re starting off, but a higher gear when you’re speeding along. There’s probably a really technical explanation for this and way more to it, but that’s all I care to know. It gets Steve off my back when I pretend to use my gears properly, and so I now keep him regularly updated on all my gear changes. 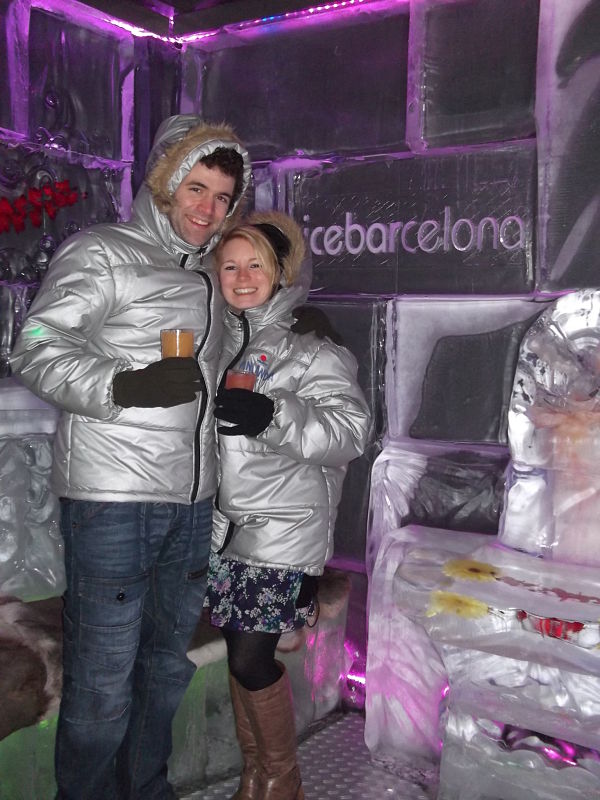 Chilling (literally) at the Ice Bar

6. Avoid parking your bikes under a pile of rubbish

OK, so we didn’t see a pile of rubbish and think, “that looks like a great place to keep our bikes”. We parked the bikes on a side street, went for dinner and a few drinks, and came back to find them totally submerged in boxes and rubbish that had toppled over from the mountain made by the nearby shops and restaurants. Steve’s face was hilarious, and became even more so when I took pictures repeatedly of him digging the bikes out rather than help him. 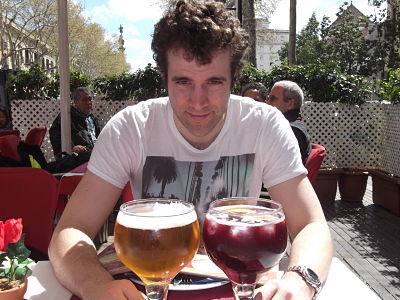 Getting hammered on Las Ramblas, Barcelona

7. Remember where you hired the bike from

Is it just us who are soft enough to forget where we hired the bikes from? I know we hired them three days ago, and I know we were a bit drunk when we did, but even I was shocked at our stupidity on this one! Eventually, Steve remembered he had the receipt from the shop and so we were able to locate the shop. It was nowhere near where we’d been looking, which proved to me we were both a lot more drunk when we hired them than I remembered us being.

To Bike, or not to Bike?

I think that pretty much sums up my cycling experiences of Barcelona. I definitely recommend bikes to get around quickly and easily; it’s much nicer actually seeing the city rather than spending it underground negotiating a subway system that is identical to that of every other major city.