Home  »  Travel Gear   »   Moving to New Zealand: Everything You Need to Know

There can be few Brits who haven’t dreamed at length about casting off from this drizzly island and setting sail for an exotic life of sunshine and wonder on the other side of the world, but so few of us actually end up taking the plunge. This might be because many of us might romanticise the idea of such a dramatic life, but are in fact terrified of it, but it’s more than likely down to the fact that moving abroad is a lot of work, and can be far from a straightforward process. We’re here to tell you, however, that it doesn’t have to be quite so daunting, especially if you choose the right destination.

Of all the desirable locations we brits tend to emigrate to, Australasia is amongst the most popular. Not only is the continent populated by countries that literally speak our language (we did help populate the region after-all), but by Moving to New Zealand particularly, expats will find that the geography is familiar enough that it could almost feel like home, only with a better weather forecast, more space and a more vibrant economy. As such we’ll be focusing here on giving you a brief, but informative guide to the land that famously brought the world of Middle Earth (The Lord of the Rings) to life.

New Zealand is a country currently crying out for skilled young workers, to the extent that any Brit under the age of 30 can apply for a 48 month working visa, and if they’re heavily skilled, they can stay for up to five years without officially emigrating. It’s also quite sparsely populated considering how vast it is, and there are no shortage of lesser skilled jobs available for those wishing to simply spend a couple of years living out an adventure in a foreign land.

The country isn’t quite as welcoming to pensioners who wish to retire there however, so if you’re looking for a place to build a career for yourself it could be ideal, but not so much if you’re looking to run out the clock in paradise. At least not without making a serious investment in the economy first. Still, roughly 50,000 Brits have chosen to retire in New Zealand, so that’s not to say it’s impossible, as we’ll be examining in more detail later.

What to know before you go

The good news for travellers is that you can stay in New Zealand for up to six months without a visa. For those who wish to stay longer there are numerous different visas to apply for, including the essential skills visa aimed at workers under retirement age who can fill shortage skills (doctors are always popular as a rule) and the working holiday visa for people in their twenties. Generally, the essential skills visa will run out after 3 years unless you earn at least around £30,000 per year, in which case you should have no problems having the visa extended to five years. 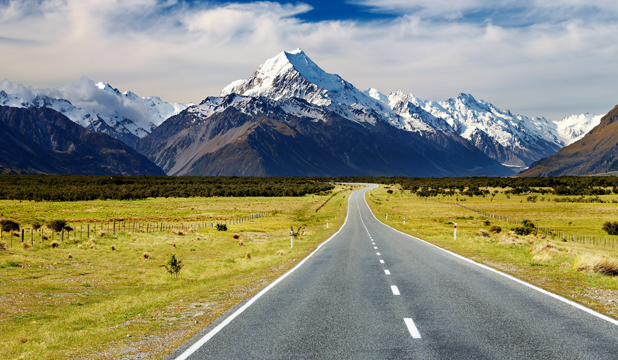 New Zealand is always on the lookout for talented, entrepreneurial migrants, which is why most people start out with an Entrepreneur Work Visa. This gives you six months or two years (depending on your success or lack thereof) after which you can apply for residence. First you’ll need to apply, and if you’re accepted, you’ll be given a 12 month visa, which will let you buy or build your business in the country. You then have 24 months in order to build your business to a respectable level.

Requirements for an Entrepreneur Visa include a minimum initial investment in the business of NZ$100,000. There are also certain health, character and English language requirements that will need to be met before you’re even considered. A clear business plan and a clean financial history are also required.

As discussed above, retirement in New Zealand for Brits is not particularly easy, but it can be done! If you want to retire to New Zealand there are two ways to go about it; as a parent or as an investor. Now obviously, as a parent you need to have a son or daughter who is already a New Zealand, but anyone can technically buy into a two year visa as an investor (in the economy) of around $750,000 over two years. Now obviously this is a pretty big ask, but then we never said it was going to be easy!

Anyone applying for a visa as a parent, meanwhile, will be prioritised if they have a sponsor who earns at least NZ$65,000 a year and a guaranteed income themselves of NZ$27,203 a year (which will obviously not be the case if you’ve retired), as well as around half a million in funds to live on. It should go without saying that anyone applying for an investment visa must have travel and/or health insurance. You can draw a UK state pension, but you will not be entitled to the annual increases as your pension will be frozen at whatever rate it was set at when you emigrated.

Of course, New Zealand is not the only country with such strict visa requirements for retirees. Australian Visas are also notoriously difficult to acquire. However, there are many online resources that you could use to help you figure out how to make your dream of moving to New Zealand a reality, especially if you work (or did work) in a desirable industry such as ICT, healthcare and engineering.