Home  »  About Us   »   Sky’s the limit
When Thomas Cook announced last week that it was shutting up shop after selling package tours from Ireland for more than 100 years, it was a surprise if no great shock. Within the travel trade, the signs were there. Into the second week of January, there was no sign of a brochure.

The company was also reaching the point where it needed to commit aircraft to the Irish market for the summer season. Nobody was getting any answers.

“We reckoned there was something amiss,” said Pat Dawson, chief executive of the Irish Travel Agents Association [ITAA].

The timing is curious. Departure taxes have been scrapped, the DAA [Dublin Airport Authority] is becoming more accommodating, and the economy is recovering. 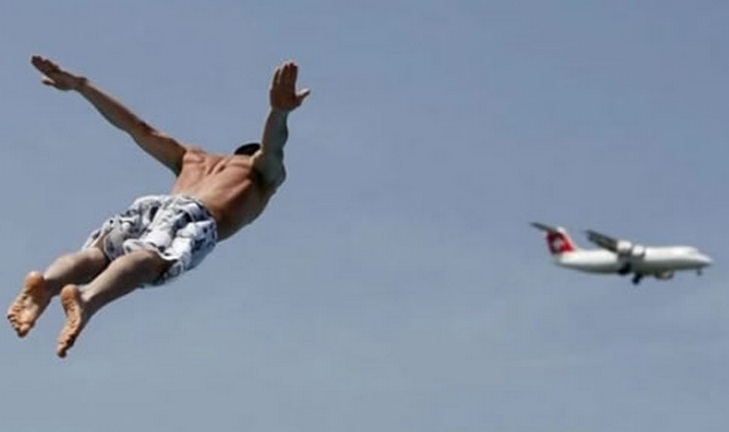 Thomas Cook’s decision to cease operations comes just over six years after the company merged with MyTravel, a German rival, becoming the second largest player in the market here. At that point, it controlled 28% of the package holiday market, also owning the Airtours and Panorama brands, strong players in the Irish market. The closure has come just over four years after Budget Travel, the largest player in the market, went bust.

Numbers one and two are off the pitch.

The decision will take 70,000 to 80,000 airline seats out of the shrinking charter market, or about a quarter of the total.

It will also concentrate pricing power in the hands of what are now the two biggest players in the Irish holiday market, Michael O’Leary of Ryanair, and Christoph Mueller of Aer Lingus.

Thomas Cook’s observation that “the Irish leisure travel market has moved away from charter products over the past six years” is beyond question.

It has been a calamitous drop. The vast bulk of the decline has occurred since 2008, when the number of charter passengers travelling through Dublin was still a healthy 2.9m. A plunging economy was a factor, as was the demise of Budget Travel.

Yet a far bigger factor was Ryanair and Aer Lingus stepping into the breach, flying to an increasing number of sunny destinations. “They have eaten their lunch,” said one aviation source.

It did not help that in 2013, the outbound market endured what was arguably its toughest summer in years. “We had never seen anything like it, not the Gulf War, not September 11, not the advent of recession,” said Airey. “Come June, when the sun came out, bookings just fell off a cliff.”

One summer did not kill more than 100 years of trading. Thomas Cook has its own issues, said Stephen Furlong, Davy aviation analyst. On the brink of bankruptcy in November 2011, when its shares fell 75% in a single day, the company is in the middle of a wide-ranging restructuring. Chief executive Harriet Green has executed a stunning turnaround. Having fallen as low as 15p, the stock is now trading at more than 185p.

Yet it remains a work in progress. Green will have examined the various different parts of its business, said Furlong, and Ireland’s growth prospects, given the economic and competitive landscape, is likely to have been considered “sub-optimal”.

He also flagged up the thawing of relations between Ryanair and the DAA and the expansion of the carrier’s fleet as future threats, and not just to Thomas Cook.

However, the exit is seen as more company than industry specific. “There is still a place for tour operators,” said John Spollen, chief executive of Cassidy Travel, Ireland’s biggest travel agent. “For those with young families, those who want the peace of mind of knowing there is always somebody there if something goes wrong.”

ITAA’s Dawson said the biggest reaction to Thomas Cook’s withdrawal was on Facebook. He said it lit up with Leaving Cert students worried about their planned post- examination trips to Greece. It has become a significant niche. “Parents tend to want to know exactly where their kids are going, how they are going to get there, and the package holiday delivers that,” he said.

David Dunne and his wife Elizabeth, from Dublin, have booked their 2014 holiday to Gran Canaria with Sunway. They are regular customers. Elizabeth suffers from multiple sclerosis, so the personal service, access to and quality of facilities are all important.

“You are not going to get that on the internet,” said David Dunne. “For us, it takes the stress out of the holiday and that is hugely important.”

Tour operators are also bonded. Sunway had sales of €30m in 2011, and by law must keep a deposit of €3m as a bond. Its cash reserves at the end of 2012 were €6m. Disruptions to travel as result of the ash cloud from an Icelandic volcano in 2010, and the losses suffered by those on scheduled services was, Airey said, a fillip for the operators.

While 2013 was tough, the company has proved resilient. “A large proportion of our business is repeat,” said Airey.

In Britain, the package holiday is enjoying something of a revival. According to the Association of British Travel Agents, 48% of travellers booked a package holiday in 2012 compared to 37% in 2010.

A survey by Key Note, a market intelligence provider, said that of the 36m breaks taken in 2012 by British holidaymakers, 15m were on package tours.

In announcing its departure from Ireland last week, Thomas Cook referred to the “structural” shift to the internet and DIY holidays or dynamic packaging, where consumers build their own packages. Ireland has boasted a high level of dynamic packaging since 2009.

In markets where the package holiday has thrived, the key has been a move towards differentiated holidays and away from the commodity packages to the sun.

Within the trade, there is a recognition that the growth of the low cost carriers has commoditised the travel part of a package holiday. Low-cost carriers, which include Aer Lingus, fly passengers more cheaply on aircraft that are younger and more efficient than those in the charter sector.

The focus and the differentiation are built around hotels and activities, to the development of exclusive and all-inclusive premium club resorts.

TUI, the parent of Falcon holidays, has pioneered Sensatori, for example, a competitively priced luxury five-star brand. It includes “swim up hotel rooms”, where the ground floor apartment balconies step down into a swimming pool.

The differentiated product is something that cannot easily be replicated by the consumer individually, or by a rival.

Hotels also provide operators with a margin. A large proportion of hotel rooms in large sun resorts are still filled by the tour operators. They have long-standing relationships with the hotel operators and get better deals.

According to Morgan Stanley, the broker, TUI has a gross profit margin of 20%. Monarch, the charter airline, has a gross margin of 7%. The difference lies in the price of accommodation.

The growth in long-haul package holidays and cruises has also protected the tour operators from the DIY trend.

Even for a small independent tour operator, there is pressure to offer a range of products. Sunway holds the franchise for Club Med holidays, offers cruises and long haul packages to America, as well as the traditional sun holiday.

“It is hard work,” said Airey. “There is no easy money. If you look at the price of a package holiday, it hasn’t changed in a decade.”

If anything, travel agents have weathered the storm better than operators. Though a raft of agents went down at the outset of the boom, the market has stabilised since then. According to Dawson, no travel agent has gone bust in Ireland in the last three years.

Agents are no longer reliant upon the package holiday and have survived by dynamically packaging holidays for customers. Rather than organising a DIY holiday, consumers call upon the agent as a craftsman, who can access flights and hotel rooms for them at trade rates.

According to Dawson, the recession played into the dynamically packaged market. Consumers can buy five- or 10-day packages rather than the standard week or fortnight with an operator.

Cassidy Travel has doubled its number of outlets from four to eight since 2008. The agent took advantage of falling rents to occupy pitches in Dundrum, Liffey Valley and the Pavilion in Swords.

“Liffey Valley management did a survey of customers to assess what they wanted in the centre and travel agents were close to the top,” said Spollen.

It is too early to assess what effect Thomas Cook’s departure might have on the 2014 market, Spollen believes. Minorca was one of the few unique destinations in the brochure. It will be telling whether Aer Lingus, Ryanair or another tour operator moves to fill that gap.

Wings Abroad, a Turkish-owned charter company, has announced that it will increase capacity to cater for those seeking to fly to Turkey. The country is not easily served by LCCs [low cost carriers].

A tougher call will be on the flights Thomas Cook shared with other operators. “We will have a decision to make on these flights: do you take the full flight or drop it?” said Airey.

The other option for operators will be to sit tight. Reduced capacity will mean less last-minute deals, and perhaps a return to decent margins.

After all, the trade, like its recession battered customer base, could do with a break.