Home  »  Far Away Places   »   What is it like to take a Trans-Siberia Railway Trip?

Read on to learn more about what you might see on your journey with Trans-Siberian Railway.

When travelling by rail between such diverse countries as China, Mongolia, and Russia, there is all sorts of historically unique architecture and natural scenery to observe.

Here’s a sneak-peak of 5 of the travel highlights from riding with the Trans-Siberia Railway Company:

1. The Great Wall of China 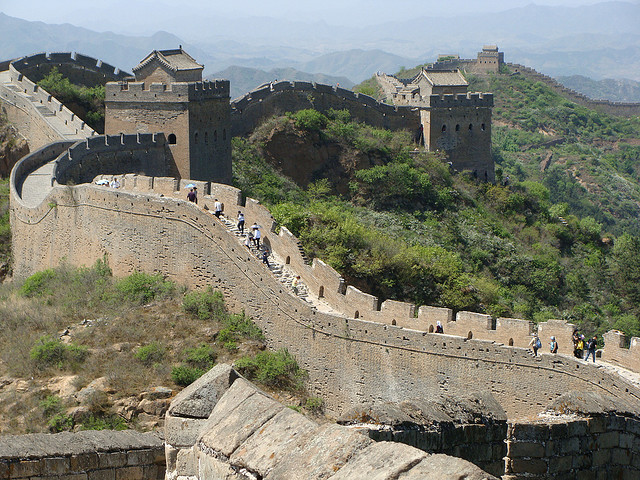 The Great Wall of China is a quite the architectural feat, and spans 21,196 km from start to finish including its various limbs. It was originally intended to protect China and its early states from wars and small attacks, and later it also doubled as a trade corridor.

Construction of the Great Wall of China spans a many hundreds of years, starting as early as 7th century BC, and went on for centuries before coming to an end during the Qing rule somewhere between 1644 and 1912.

It is said that the Great Wall of China is so large that it can be seen from outer space!

The Beijing Olympic Stadium was designed for use in the 2008 Summer Olympics and Paralympics.

The design for the Olympic Stadium originated from the study of Chinese ceramics, and it implemented the use of steel beams in order to hide supports for the retractable roof—which gave the stadium an appearance of a bird’s nest.

The design of this large stadium was accomplished jointly by Swiss architects Jacques Herzog, Pierre de Meuron, and Chinese architect Li Xinggang among others.

The gross cost of the project was approximately 33 million dollars, and this massive stadium is spread over 258 thousand square metres. 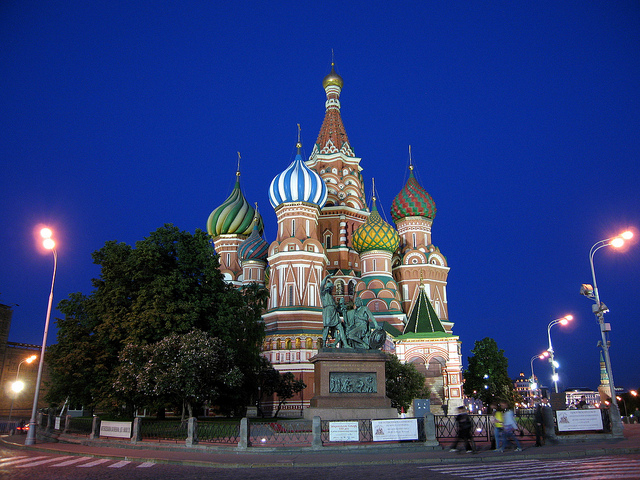 Richly contrasted from the previous destination, this monument is steeped in rich history.

Saint Basil’s Cathedral is also known as The Cathedral of Vasily the Blessed, the Cathedral of the Intercession of the Most Holy Theotokos on the Moat, and also as Pokrovsky Cathedral.

It was built from 1555 to 1561, and as part of the program of state atheism, it was confiscated from the Russian Orthodox community, and converted into a museum in 1928.

The cathedral has been part of the Moscow Kremlin and Red Square UNESCO World Heritage Site since 1990.

The construction and design has no prior connection in Russian architecture, and nothing similar can be found in the entire millennium of Byzantine from the fifth to fifteenth century.

4. The Cathedral of the Nativity of the Theotokos, in Suzdal Russia

This cathedral too is a UNESCO World Heritage Site, and is one of the most complex monuments of Russian medieval architecture in existence.

Its interior fresco paintings possess a 13th, 15th, and 17th century origin. The structure was originally built in 1102, restored in 1222, and some of its walls were converted to brick in 1528.

Although this cathedral has endured many fires over the years, it is still a gorgeous piece of history to be preserved for future generations.

5. The European Architecture of St. Petersburg

Another wonderful sight to see along the Trans-Siberian Railway is the wide variety of European architecture distributed throughout St. Petersburg.

St. Petersburg is often viewed as the “most western” of Russian cities, its origins built long ago by Swedish settlers. It is the northernmost city in the world, with a population of over 1 million people.

Much like the other monuments and sights previously mentioned, the Historic Centre of Saint Petersburg and its related monuments make up a UNESCO World Heritage Site.

St. Petersburg is a place with deep historical importance, and has been called the city of three revolutions. The oldest remaining building is a wooden house built for Peter I in 1703, on the shore of the Neva near Trinity Square.

Today there are restrictions prohibiting tall buildings in the city centre to preserve the city’s historic skyline.

Saint Petersburg has more than two hundred museums, spread throughout it and it is a mecca for history buffs. The largest of the museums is the Hermitage Museum, featuring interiors of the former imperial residence and an elabourate collection of art.

We haven’t even begun to scratch the surface! These are only 5 examples of what you might expect during great adventures at Trans-Siberian tours with the Trans-Siberian Railway Company.

Be sure to explore the trip planner on the company website in order to gain an even deeper understanding of every landmark that is possible to visit along your path.

There is an accommodation for every taste along your journey. You can stay in hotels, guest houses, resorts, various historical buildings, and even a Mongolian Ger!

There are many places to stay in St. Petersburg, Moscow, Ekaterinburg, Irkutsk, Lake Baikal, Ulan Ude, Vladivostok, Mongolia, Harbin, and Beijing and we’ll help you pick the right one.